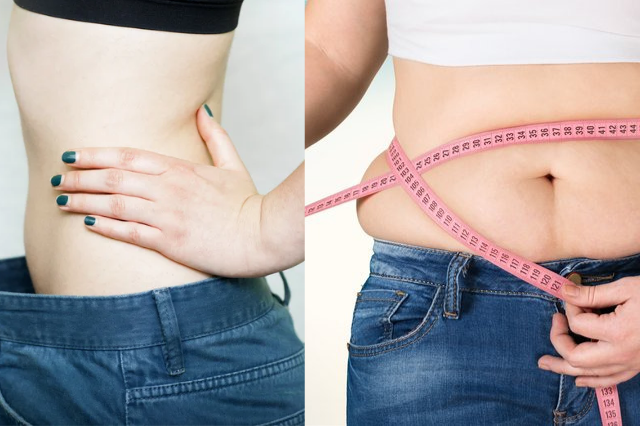 If you’re trying to lose a few extra pounds and it’s not working and you can’t figure out what’s wrong, read this article. I’m gonna go over some really common weight loss mistakes and great alternatives.I don’t think that everyone needs to lose weight and it really depends on your body type and what’s going on with you. So you know the focus is we are going to do this the healthy way and I want to go over some unhealthy mistakes that some people make. Okay so let’s just get right into it.

1; The first common mistake that I see a lot of people making which i also made years ago was the kind of low calorie food so when i see something that’s fat-free or sugar-free in my mind specifically what’s like popping up is those little cookie packs that are like a hundred calorie Oreos or chocolate chip cookies or cheese and I would eat them all the time.So let’s go through each one and why they’re bad.1. If you see something that is sugar-free, but you know that naturally it would have sugar just like a candy bar or cookies or something you’ve got to look on and there’s so many different fake sugars that they can use something like super low sugar, i can even put a list of them below as common fake sugars even though that can be classified as sugar-free it doesn’t mean that your body isn’t still going to have the same response that it normally would experience to fake sugars. And that are known to still trigger an insulin response glucose in your blood so you’re still going to get that same effect and maybe even worse because you’re putting something fake into your body system and this is always where I would prefer eating much fruit or a piece of fruit that has natural sugar along with vitamins and fiber rather than something that’s filled with fake sugar. What you think is doing you good might actually do you harm. So truly like I encourage you guys, you can read more about it and you’ll understand more about the mistake. Don’t be fooled.

2; The next one I want to talk about is fat-free so this is actually an interesting one. I remember this literally from biochemistry while I was in pharmacy school. This fact has stuck in my head exactly where I was sitting in the lecture hall when my lecturer was talking about it, So many companies can do this messed-up thing where basically they will take a fat molecule and break it up into three different parts or two different parts, when they do that and put it into the food it’s technically considered fat free because it’s not about the fat molecule but when you eat this food those molecules will end up forming back together to whatever compound they are. and then later form a fat in the body system. So just because sometimes it says fat free on the label of something doesn’t mean that it’s going to be fat free when you eat it. Now this is not meant to scare you, when you are like referring to real clean whole foods that are naturally Fat-free and you are fine this is like more of those snacks and it’s really obvious to tell if there’s a doughnut that’s got frosting and sprinkles and it says sugar-free like you’ve got to think there’s something going on there and if it was manipulated that much to become sugar-free, it’s not good for you so try to stay away from foods like that. Honestly the bottom line too is how processed and how full of chemicals they are when you’re trying to lose weight. I assume anyone reading this who wants to lose weight wants a long run benefit, you don’t just want to lose weight in a short run but then you feel crappy for the rest of your life and have a lot of other medical issues.I don’t think anyone wants that and when you’re putting these chemicals in your body system you’re just giving yourself damage in which there’s so many other factors to weight loss than just sugar fat and like you know that almost like the outer peripheral of what you see if your body is full of toxins, if your arteries are clogged, if there’s just a lot of gunk going on then nothing’s going to function as it should be. You might be storing extra fat, maybe you’re not like going to the bathroom as often as you should, there’s so many other things that will happen, examples are getting high blood pressure, getting heart disease that’s just gonna stop you from even having more activity. There’s many reasons I really encourage you to do, which is you staying away from those types of food.3:

3; The next thing I want to talk about is any of those crazy diets where you basically deprive yourself so let’s say you’re even eating balance diet but you’re like I am only going to have one banana in the morning egg whites for lunch and sweet potato for dinner, like okay there’s still pretty clean foods whether you’re plant-based or not. I’ve also been there so I’m talking from personal experience. You can’t do that if there’s a diet that you don’t think you could truly sustain for longer than three to six months. Do not waste your time on it because I assume you want results longer than three to six months. I also really like to bring this back to an interesting psychological point, the main reason why a lot of people want to lose extra pounds is to feel happy. You want to look good and feel good and feel happy, well if you’re eating a deprived diet you’re not going to be okay every day. So is not that kind of contradicting the whole point of wanting to be happy in the first place, it’s just not going to work. I’ve tried the diet before. It only lasted for just two weeks. Where I was, I was eating just the same four foods every day. I literally didn’t last two weeks.

4; Another point I want to make is a common mistake about starving yourself so this one I also encourage you guys to watch out for what happens when you starve yourself. If you have the willpower to do it basically what happens is when you’re starving yourself, your body goes into starvation mode and when it’s in starvation mode it’s like you need to survive, so it’s literally gonna hold on to any of the fat that you have in your body so that you don’t die of hunger. Your body’s constantly like trying to figure out ways to survive and make the best of every situation like intrinsically which is pretty cool I’ve actually had a close friend who was eating so little and just like eating nothing and she couldn’t lose like an extra 40 pounds and it’s because her body was in starvation mode so just think about it not being good for your body system at the long run. Many things could also go wrong so those are all just common mistakes that I think a lot of people make on their journey.So now I want to go into the positive aspect and talk about things that I do recommend that will help.What works for diet and weight loss in Long-term and it’s sustainable benefits?It just gets down to the basics of eating healthy food and doing exercises. There is really no way to go around this if you want long-term results, if there’s anyone you see that you look up to, you tend to know how they are so healthy.

Everyone has different metabolisms and there are some people that can eat and still look thin, but you know for the people who are very healthy It just has to become their normal lifestyle because they eat clean healthy Food.Healthy foods are good for your body system and will also help detoxify your body because they’re medicinal so make good choices on spices beside salty food. I can actually put a list below this article of a few brands of sauces that actually are really clean and healthy CF day foods is one of my favorite brands and they have amazing like buffalo sauces and things that have no sugar and they’re very clean if you are shopping on your own at a grocery store. If you want long-term benefits you’ve got to just make these long-term changes and these little quick shortcuts things are actually harming or unhealthy for your body but might make you lose weight and will help you in the long run so just keep that in mind and that’s it so.

If you have any questions please drop it in the comment box. 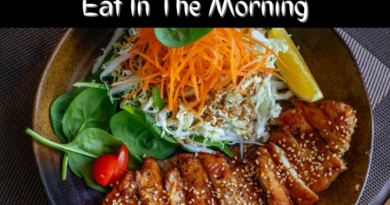 12 Healthiest Foods You Should Eat In The Morning 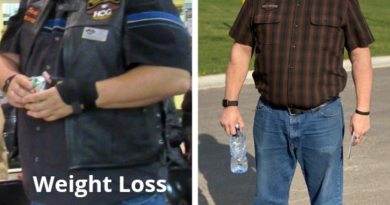